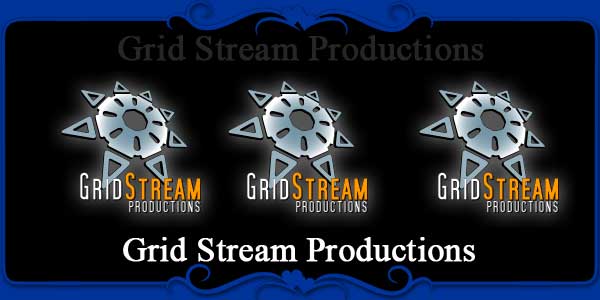 GridStream Productions was founded in May of 2002 by Lan Tarryk Kozar and a few friends within the virtual world of Anarchy Online (AO), an MMORPG created by Funcom. At the time, they were one of the first MMORPG radio stations on the internet and helped to pioneer the concept of broadcasting from within a virtual world. GridStream Productions (GSP) is believed to be the oldest MMO-based radio station still broadcasting.

The station in Anarchy Online grew in popularity over the years by providing a mix of musical genres, talk shows and comedy skits. GSP owner and founder, Tarryk Kozar, put his stamp on GSP’s legacy with the very popular Talk Deviant show, as well as the famous pink mohawked atrox named Epicine. The station enhanced their relationship with Funcom by providing live coverage of DragonCon from the Funcom booth, an idea initially started by DJ Nexeus. GSP worked hand-in-hand with ARK in hosting large holiday parties and celebrating the anniversaries of Anarchy Online. GSP in AO has had several directors over the years, starting with Tarryk who handed off leadership to Veldron (later changing his name to Ashval) in 2004. Ashval retired (or tried to) in 2010 with Klinical, and later Tarryk, acting as directors. In 2011, Tarryk’s wife and co-owner, Sprkly Kozar, stepped in as station director. She was instrumental in organizing the first ever fan convention for Anarchy Online in August of 2012.

August of 2012 turned out to be a big month for GSP, as a sister station was also launched in support of Funcom’s MMORPG The Secret World (TSW) under the leadership of former director, DJ Ashval, who came out of retirement to take on this new challenge. With the support of many former DJ’s from the AO station, GSP strived with this new venture to continue the successful format started in Anarchy Online by providing similar entertainment for the players of TSW. The launch of the sister station also initiated a new web design project headed up by GSP webmaster, Xtrophic, in an effort to modernize the station’s web presence.

The GSP crew has featured talented voices from all over the world including the United States, the United Kingdom, Australia, Canada, Germany, Scotland, Norway, Estonia, South Africa and Sweden, as well as hard working administrators conducting business behind the scenes. Gridfan, Xtrophic and Tastyvixen remain from the earliest days of GSP in Anarchy Online. The founding staff members of GridStream Productions in The Secret World were Ashval, Kirasha, Vallikat, Shadowvixen, Xtrophic, Innari, Dynamiks, Cherri, Meenstreek, Iolanthe, Mawerick, Narcotic, Kriegshammer and Phaeton.

In February of 2013, a new chapter was started in the history of GSP as Tarryk and Sprkly handed over ownership of the stations to Ashval and Kirasha. Determined to be an active owner for both stations, Ashval entrusted directorship of the TSW station to Vallikat. Kriegshammer, who had been acting as director in AO on an interim basis, was chosen to continue in that role on a permanent basis.

In July of 2013, Ashval presented the GSP Board Members with an idea of merging the two stations into one stream serving both the AO and TSW gaming worlds. The merger concept was unanimously approved, and the station was reborn under the motto, “One Stream, One Community.” After leading the AO side through the merger process, Kriegshammer handed the Director position in AO to Shigy in November of 2013. Eventually, Ashval took over as the big boss of all things in March of 2014 as the station went back to the one director format. One of his first orders of business was to push for GSP to find a niche in the roleplay community of TSW, and he began a second in-character show under the name of DJ Trevalin.

In January of 2016, Ashval (and Trevalin) retired from DJing, and he passed the ownership of the station to Shigy. The station business is now run by a group of Station Managers.

The rest of GSP’s history remains to be written.